After the first World War and the economic crisis of 1929, the French entered the twenties, Années Folles, a fascinating decade where aspirations to joy and debauchery were stemmed from the means to get rid of the pre-war values.


The war had left a big impact on the morale of the French, with many left disabled and others with lost family members. After the years of austerity, the French wanted "der des ders" (last of the last), beginning with a period of optimism and lightness.

Thanks to the influences from around the world, the effervescence was most important with revolutionised mentalities and ways of living, with the Parisians taking advantage of their new found freedom due to the progress in expansion. Another significant change was the feminine emancipation due to their independence during the war time, earning them responsibilities and new aspirations.

Surrealism, a literary movement, was introduced by André Breton, attracting numerous writers, and a change in the music scene towards jazz, which would be fashionable in luxurious parties of the Parisian elite. The aesthetic conception of "Art Déco" also emerged with its impact affecting not only paintings, sculptures, design and even fashion.

After the war, there was a new group of "nouveaux riches", with many of the middle class gaining access to leisures of the wealthy: Music-hall shows , operettas, theatre, circus and the cinema became popular attractions.  The TSF (Téléphonie Sans Fil) allowed the society to benefit from the radio at home and with the car industry full development, this democratised new means of transport, symbol of modernity and elegance.

Women’s status changed after the War; where she was no longer just a housewife, but an independent woman. They wanted more freedom and to express their femininity, this was expressed through makeup, hairstyles, and perfume, as well as smoking in public. Women abandoned corsets and big hats and started dressing in accordance with their liking such as thin silhouettes, short dresses, high heels and bare legs. The athletic look, as well as golf trousers, was fashionable for men. The tie, coming from the United States, appeared in 1924. 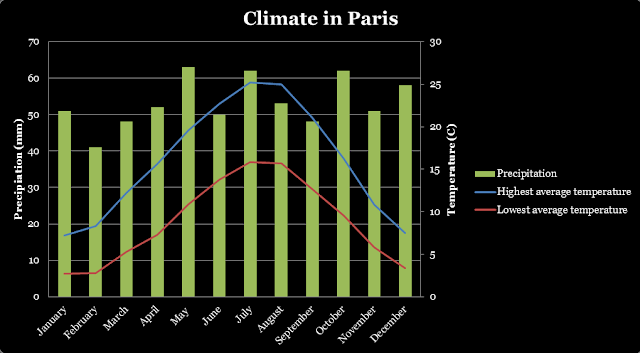 The second architect behind it all

Before teaming up with Chareau, Bernard Bijvoet (1889-1979), Dutch architect, established himself in Paris along with his fellow student Johannes Duiker with their crowning achievement the Grand Hotel Gooiland in Hilversum, in 1936. The site was completed after Duiker's untimely death in 1935, and constructed in the French style including a Grand Theatre designed by Bijvoet at the rear of the building.


Unfortunately when war broke out, Bijvoet was left to fled with his family to the Dordogne region, and his home became a clandestine address for the French Resistance, the marquis. Returning to the Netherlands after liberation, Bijvoet settled in Haarlem to set up a partnership with Gerard Holt, a young architect, and together they managed the firm with projects such as cultural centres and auditoriums. Bijvoet also specialized himself in acoustics of theatre auditoriums, and was a member of the Netherlands Advisory Board on Theatre Construction, later receiving a Dutch royal decoration and title as Officer in the order of Orange Nassau.

His best known work with Chareau was the golf clubhouse for the Grand Hôtel de Beauvallon in 1929, which was situated on the Gulf of Saint-Tropez, and La Maison de Verre in 1931.

Chareau and his Furniture

Chareau's furniture can be distinguished from the work of his contemporaries because it was always executed from unusual combinations of materials, such as rich mahogany, unpolished metal, and lightly hammered surfaces. Parallel to the design and executions in material for La Maison de Verre, his furniture designs emphasized three main traits: honesty of materials, variable transparency of forms and juxtaposition of "industrial" materials and fixtures with a more traditional style of home decor. The sculptural designs were as unusual as the materials employed: pivoting or expanded fan-shaped configurations were among the hallmark of his designs.


With the later of his works in metal frames for public commissions such as bars, hotels and clubs.


His designs for chairs, stools, tables and cupboards in wood and metal received much praise from contemporary publications for their functional approach and combination of elegance and technical ingenuity.


Interesting fact: The majority of vintage Pierre Chareau furniture items sell for very high prices at auctions, however, Chareau's walnut and wrought iron "L" desks are considered to be the most rare and valuable among collectors.

La Maison de Verre was eventually sold to Robert Rubin, an American entrepreneur, in 2006. It was after negotiations which began in 2004 that him and his wife, Stéphane, bought the house for an undisclosed amount. “I think they finally sold it to me because of what I had done with the Maison Tropicale,” he told New York Times architecture critic, Nicolai Ouroussoff, in 2007, “It was a very heavy responsibility to have.” Although he loved the house, he added, “I didn’t want to fetishize it.” He kept true to his words and after buying the house, embarked on a painstaking renovation of its intricate— and for its time, ingenious — mechanical systems. He enlisted a corps of architectural historians and graduate students to decipher its secrets.
He began by slowly restoring the house’s mechanical systems, first the electrical wiring, and then the original heating and plumbing systems. The outdoor spotlights, most of which had been lowered or taken down decades ago, were restored to their original position on a steel frame in the courtyard. He also bought a fancy new stove.
But he left many of the most visible scars untouched: the worn textiles and dulled metal surfaces as well as some of the structural alterations made over the years. He decided not to polish the perforated panels in the salon. The old rubber flooring, whose pattern of small disks looks cracked and worn down in some places, is still there.

Below is an account of Nicolai Ouroussoff's, architecture critic, stay at La Maison de Verre with his girlfriend:


"It wasn’t until we arose the next morning, however, that we fully understood Chareau’s choreography. The bathroom floor is raised in certain areas so that as we crossed it, we could catch occasional glimpses of each other before suddenly dropping back out of view.
A pair of perforated metal panels that divide the shower and bath can swing open, enabling us to chat with each other as we bathed. When they were closed, you could see the outline of a human silhouette moving behind the screen. It was the same dance we had performed around the central salon, now brought to its most intimate scale. The experience drove home how liberating the house must have felt during those first years, when it still hummed with life, with Mr. and Mrs. Dalsace circling into and out of each other’s orbit. The house was a perfect balance between the need for companionship and solitude, a utopia of the senses."


Stephanie Wong
Posted by Team Red 6 at 5:44 PM No comments:

Annie Dalsace, the lady of the house, was a driving force behind La Maison de Verre. As an avant-garde art collector, socialite, and close friend of Pierre Chareau, she commissioned a house that would become an embodiment of the modern movement. The house was very much a collaborative project, as Chareau worked alongside other, such as Jean Lurcat, who designed the upholstery tapestries and whose wife embroidered them. Annie was a student of Chareau's wife, who became and influential mentor to her. Twenty years later the construction of the house began. The Dalsace's were well connected with contemporary artists and intellects, and their house became a salon and cultural hub. Many gatherings were held in the grand drawing room of La Maison de Verre. Some artists that Annie was close with did art pieces of her, including Jacques Lipchitz who sculpted a bust in her likeness, and Jean Lurcat who painted her portrait. Annie collected art, and purchased some of Picasso's work to decorate the house.

The Dalsaces were politically active, and in the 1950's the house was the setting for the Association of Doctors Against War and Facism. Secret peace talks between the French and the Vietnamese were also held in the house, as well as meetings in support of peace in Algeria.